The Asatru Edda: Sacred Lore of the North

I am the union of fire and ice, where their streams meet. I am energy and have no state. Nothing I grasp, and what have, do not hold. I am only I who know and all that I am is that knowing. I am for I know myself to be apart from what I am not. Selves change: world is eternal.

Self reappears, goes about in new forms: self is eternal. World about changes — worlds come and go. I release it and selves change beyond the selves they are. Ginnungagap is eternal, void between fire and ice. It cares not for me nor not-for-me. The Void I have formed; the Void forms me — the Gods both were before and follow too.

Conscious became the Void, became first thought and gave first word and it was Odr.

The Asatru Edda: Sacred Lore of the North 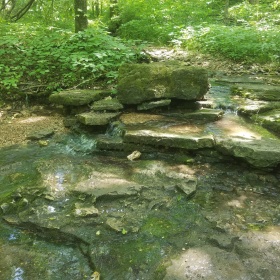